Into Their Businesses WITHOUT A Huge Money Investment Or Time Commitment!

A Peek At What's Inside The Course... 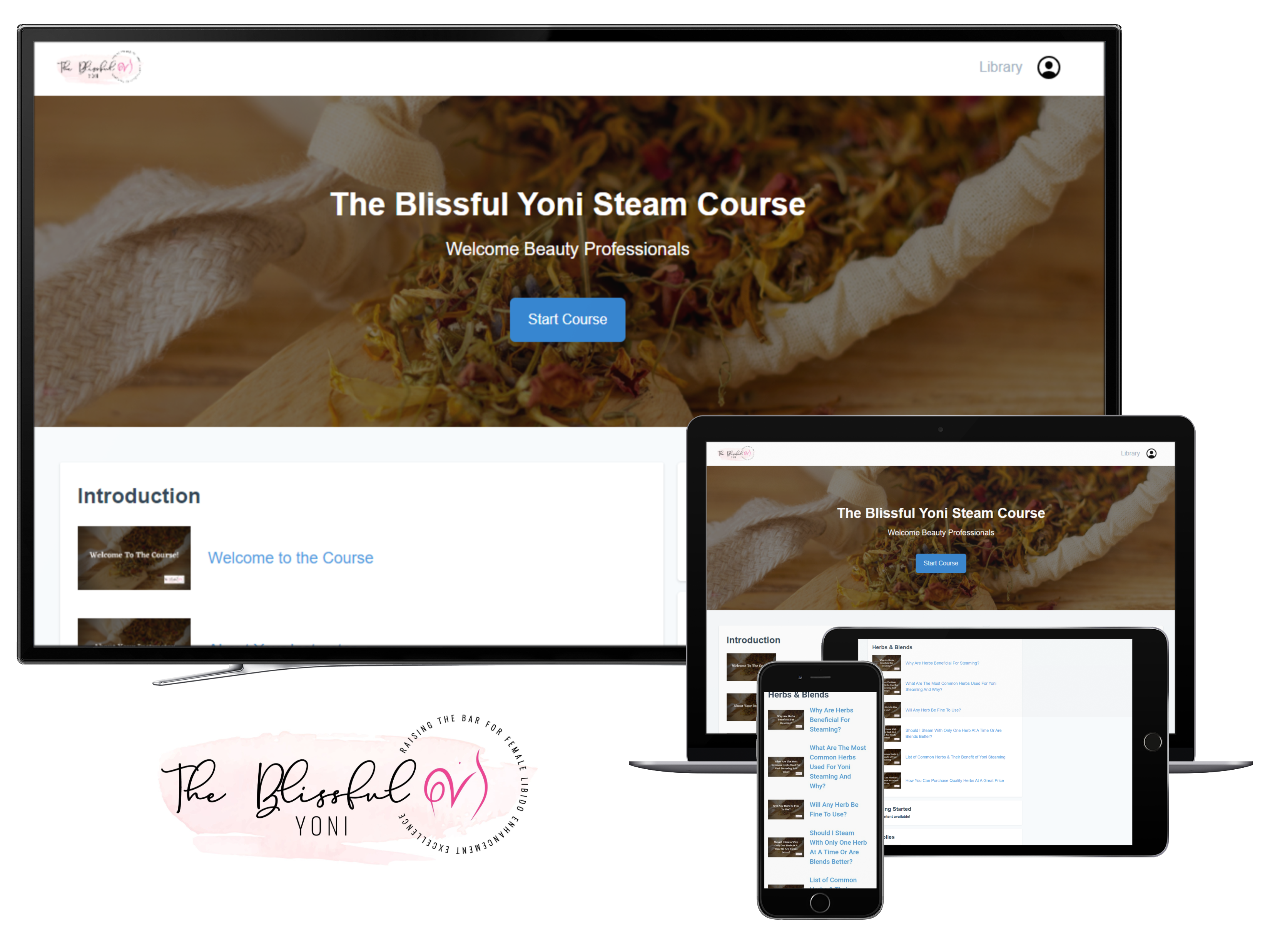 What The Word Yoni Means

Why Are Herbs Beneficial For Steaming?

The Power Of Sound

A Peek At What's Inside The Course...

What The Word Yoni Means

Why Are Herbs Beneficial For Steaming?

The Power Of Sound 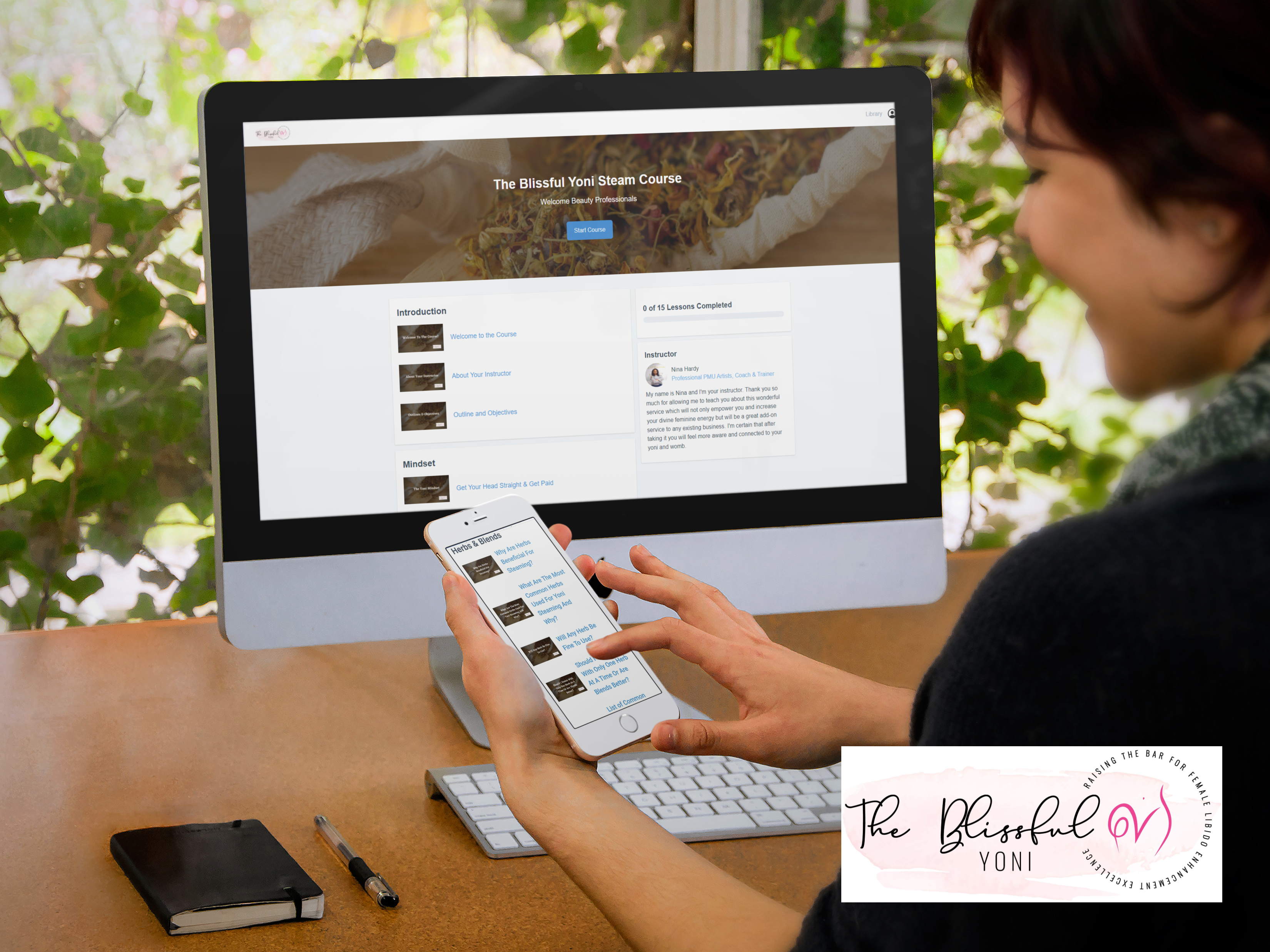 WHAT IS YONI STEAMING?

The Yoni Steam is a holistic approach to ancient vaginal steaming. Vaginal steaming, commonly referred to as a hip bath, chai-yok, v-steam, or yoni steaming, is a form of hydrotherapy.

All-natural herbs such as mugwort, rosemary, wormwood, basil, and many others cleanse the entire reproductive system via steam vapors. Vaginal steaming cleanses the uterus, releases toxins, treats infertility conditions, re-strengthens and tones the reproductive organs after childbirth, treats symptoms of PMS, increases moistures due to menopause, regulates the menstrual cycle, and has many other benefits.

It is not sure exactly where V-steaming originated. Still, the indigenous Africans, ancient Greeks, Mayans, Koreans, and Indonesians were known to practice some form of vaginal cleansing using steam. It has become a craze for women in the Western world and has celebrities raging. We are the Original and Premier Yoni ( V-Steam) steam provider In Western New York and yoni steaming is our most popular and requested service.

This introductory price is only available for a limited amount of time and artists. Get locked in today at this low price!

NOTICE: This Course price is set to automatically raise to $899.00 once this timer is up... 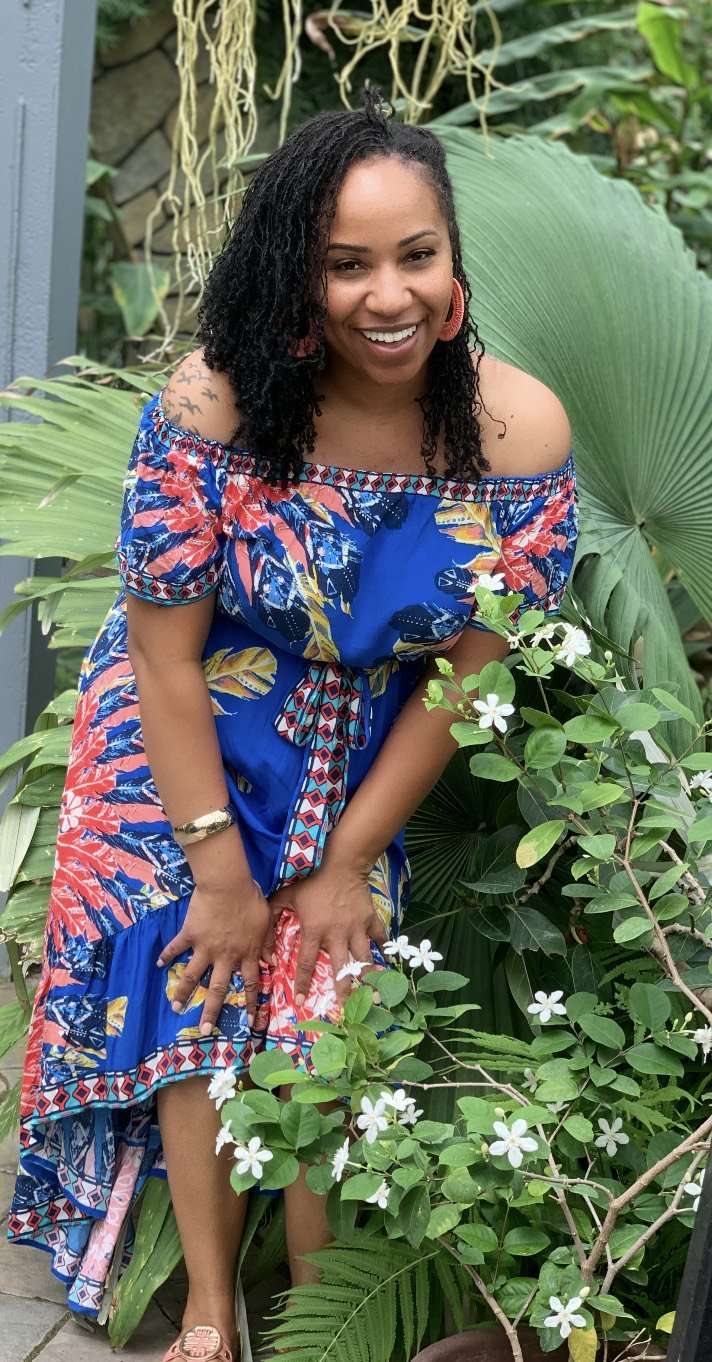 Nina Hardy is the owner of 716 Microblading & Beauty (previously known as Divinity Holistic's and Beauty).

Nina is a professional permanent makeup artist who is licensed in the state of New York and provides high-quality, cosmetic tattoo services.

Do you have a question for me?

Click the chat bubble on the right and send me a message instantly!

Are You Ready To Add A New Service To Your Beauty Business?

Click below and start generating a new source of income this month!

Book a call with Nina

Please select the best date & time to speak with me about Yoni Steaming.